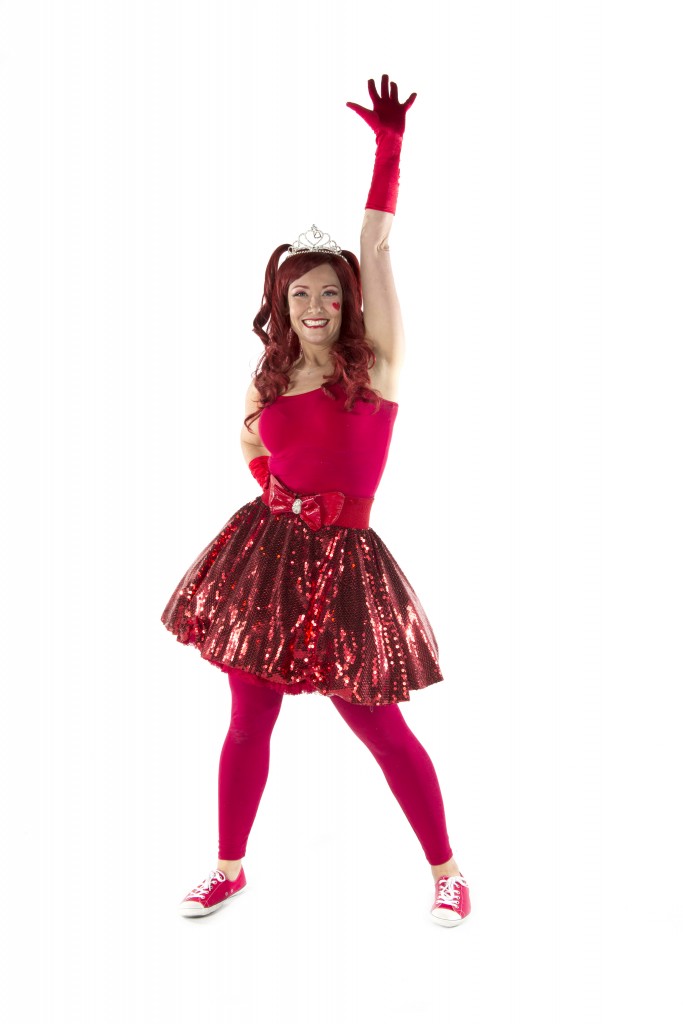 Born in Siberia, Lady Red spent her early years training as a ballerina. Her first audience was her parents’ reindeer herd, who watched her dance on the frozen steppe. They loved to see her leap over the tundra but were very bad at partnering.

Eventually, Red came to Canada on tour with her dance company, and met Purple Stardust at an avant-garde disco dancing contest, which she won. Red confided that she really wanted to sing as well as dance, and Purple asked her if she’d like to join the band. She agreed, as long as she could keep wearing her dance skirts and tiara.

The heart of the R’n’R crew, Lady Red keeps the boys in the band in line with her infectious smile and sweet singing voice.

Lady Red is portrayed by Toronto singer-songwriter Jessica Blake.  She released her first full length solo album “So Close” in 2014 and was a featured act at Canadian Music Week. She enjoys touring with her own acoustic pop band and has played at several local venues in her hometown of Toronto.

Jessica has been a music instructor at Rainbow Songs for over 10 years and is a featured vocalist on every Rainbow Songs CD to date. She co-wrote many songs, including; “Bath Time”, “We’re All Here”, “Let’s Dance Today” and “My Bellybutton”.