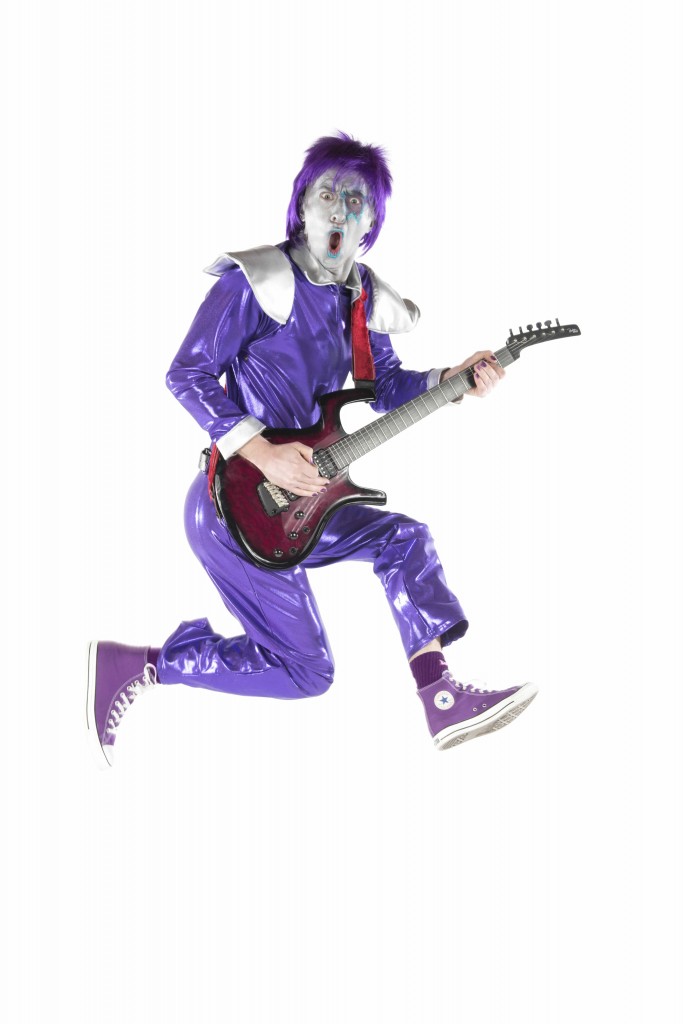 Purple Stardust was born on Neptune, but rocketed to Earth on an interplanetary mission to repair broken guitar strings and eat tasty pizza subs… only to discover his true calling: the band.

Mike Whitla has been making music for and with children for over 15 years and is the founder of Rainbow Songs Inc, an early childhood music education school that provides interactive music classes to thousands of Toronto families. He has produced multiple award-winning CDs and videos for children including, “Dinostory, The Ultimate Dinosaur Rock Opera” (with over 50 million views on YouTube) and “Early Morning Knee-Slappin’ Tunes”.

Along with his wife, Lisa, Mike is co-founder of Rainbow Songs Foundation — a charity providing music programs to family shelters throughout Toronto.