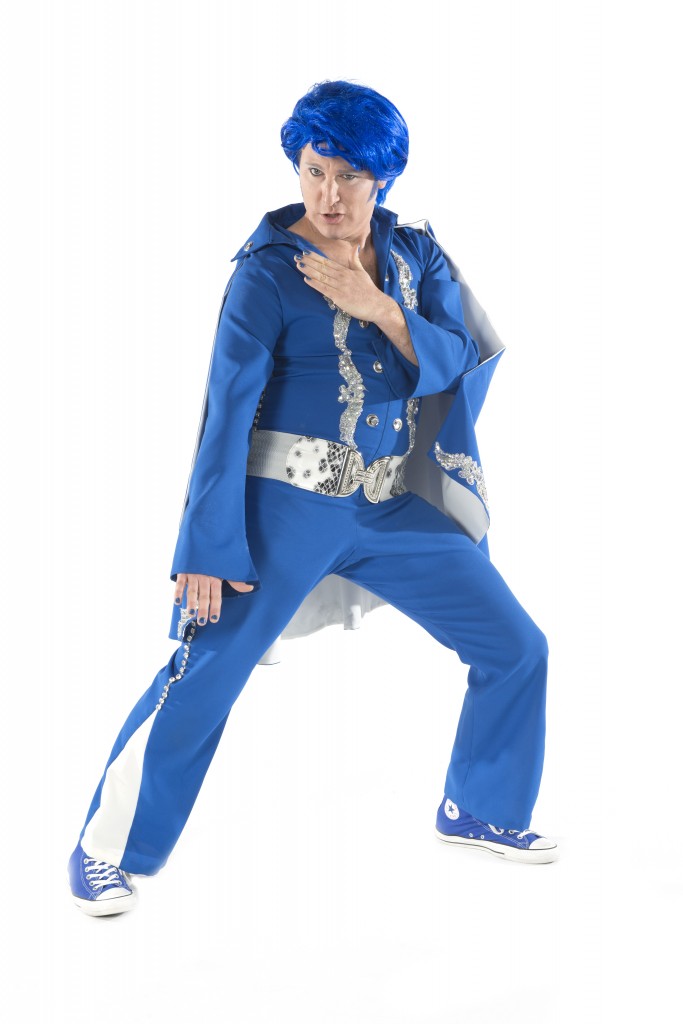 Don’t step on his blue suede Converse — Blue Elvis has not left the building!

Blue Elvis loves his mama and bacon hoagies. He likes his sideburns long and his cars classic. He’s the King, and he don’t know who you’re talking about when you say that name Presley. There’s a guy who looks like him? Must be a real handsome fella!

Joshua Skye Engel has performed live in more than 15 different countries. He released his first CD, “Swimming to Catch the Sun,” in 2001 and has since produced various full length albums, commercials, film and theatre soundtracks.

Today, Josh is working on a number of diverse musical projects. He runs a weekly musical workshop for people with autism through Kerry’s Place and is a favourite music instructor to hundreds of children at Rainbow Songs. He enjoys being the voice of “Blue Elvis”, connecting with his students and sharing his fascination with sound.